What is Brake Checking?

Brake checking is a dangerous driving maneuver in which the driver of one car quickly brakes to provoke a reaction from the driver behind them. This can be done out of anger or as an attempt to intimidate. Brake checking is considered extremely dangerous because it can lead to rear-end collisions, which can cause serious injury and property damage. It is also illegal in many jurisdictions and can result in fines and other penalties for the person engaging in this behavior. 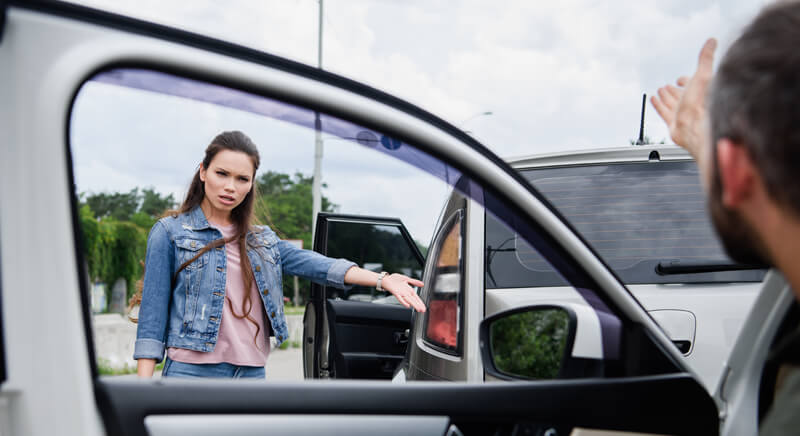 The best way to avoid being brake checked is by leaving enough space between your car and the car ahead of you so that you have time to react if they do brake suddenly. Additionally, if you find yourself in a situation where someone is brake checking you, try not to panic or become angry. Instead, keep your cool and focus on safely avoiding a collision.

Is Brake Checking Legal in Florida?

Yes, brake checking is illegal in the state of Florida. Brake checking is defined as when a driver intentionally brakes suddenly in order to cause another vehicle to rear-end them. This type of behavior can be extremely dangerous and puts both drivers at risk of serious injury or even death.

In Florida, brake checking is considered a form of aggressive driving and is punishable by law. If caught, you could face fines up to $1,000 and/or jail time for up to 90 days. Additionally, your license may be suspended for up to six months or more depending on the severity of the offense.

If you are involved in an accident due to someone else’s brake checking, you can file a claim with your insurance company for damages that occurred as a result of their reckless behavior. It’s important to remember that any type of aggressive driving can be extremely dangerous and should always be avoided no matter what state you are in.

Is Brake Checking a Traffic Violation?

Yes, brake checking is a traffic violation in Florida. According to the Florida Department of Highway Safety and Motor Vehicles, it is illegal to brake-check another driver on the road. Brake checking is defined as when a driver slams on their brakes in order to cause another vehicle to crash into them. This type of behavior can lead to serious injury or death and is considered a form of aggressive driving.

Additionally, brake checking can result in fines and even jail time if convicted. The penalties for this type of offense vary depending on the severity of the incident, but they can include points added to your license, suspension or revocation of your license, and even criminal charges. It’s important to remember that when you are on the road, you have a responsibility to follow the laws and be considerate of other drivers. Aggressive driving like brake checking puts everyone at risk and should be avoided at all costs.

In the state of Florida, brake checking is illegal and punishable by law. Brake checking is defined as intentionally or recklessly causing another vehicle to suddenly slow down or stop in order to cause a crash.

If someone is convicted of brake checking in Florida, they can face severe penalties. Depending on the severity of the offense, they may face fines, jail time, or both. Additionally, their license could be suspended for up to one year and they may have points added to their driving record. This could lead to higher insurance premiums and other complications with their license.

It’s important for drivers in Florida to remember that brake checking is illegal and should not be done under any circumstances. If someone has been accused of brake checking, it’s important for them to seek legal advice from an experienced attorney who can help them understand the legal implications of their actions.

How to Avoid a Brake-Checking Incident

The most important way to avoid a brake-checking incident is to remain aware of your surroundings while driving. Always check your rearview mirror and side mirrors regularly, so you can spot any vehicles that may be tailgating or following too closely. If someone is driving too close to you, slow down gradually until they move away. This will let the other driver know that you are aware of their presence and that they need to back off.

It’s also important to maintain a safe distance between you and the other cars on the road. Allow at least two seconds between yourself and the car in front of you, so that if they do brake-check you, there will be enough time for you to react accordingly. Additionally, drive defensively by being prepared for any sudden changes in traffic or unexpected obstacles.

Finally, if another driver does brake-check you, do not retaliate by speeding up or getting angry.

When on the road, no one expects to experience a brake-checking accident. Unfortunately, these incidents can and do occur. If you are involved in such an accident, it is important to know what to do next.

First and foremost, seek medical attention for any injuries sustained during the incident. Even if you don’t feel like anything is wrong at first, there could be hidden damage that requires treatment. It’s also important to document any property damage or lost wages as a result of the crash. Gathering evidence from the scene of the accident can help your case later on as well; this includes names of witnesses and photos of damages or skid marks left behind by either vehicle.

If you wish to pursue legal action against another driver after such an incident occurs, it is recommended that you contact Garnes Injury Law right away at (954) 905-2683.